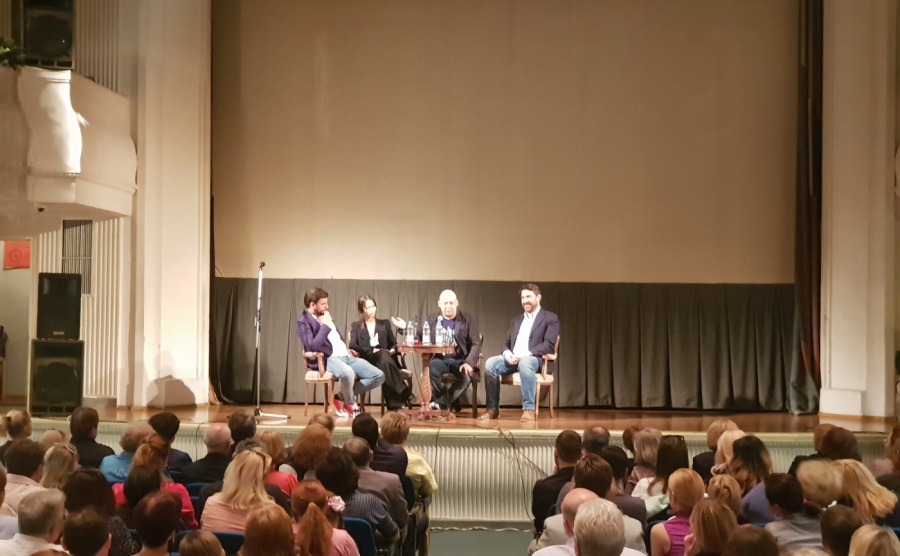 The meeting with the audience also involved Elena Okopnaya, the art and costume director who was awarded with “Silver Bear” at the Berlin Film Festival, and famous Serbian actor Milan Maric who played the part of Sergey Dovlatov.

Alexey German Jr.: “First of all I would like to say that the film is an art project. It is not a blockbuster. It is a film about remarkable writers and artists of Leningrad in 1970s. It is wonderful that we have made this film jointly with Serbia. We have gained great experience while implementing this project. And it is important for us that our countries cooperate not only within Russia and Serbia, but also all over the world. This film will be presented in 40 countries as it has been purchased by Netflix. It will be on in the entire English speaking world. The film has been very well received in Russia. Somebody will like and somebody will dislike the film presented today. It generates a lot of arguments. Some people say it presents the epoch too gloomy. Some people think there is too much light in it. Still, we believed it was important to remember remarkable artists and writers who had to leave Russia. Today in the streets there are monuments dedicated to these people. People read them and study at school. Most significantly, with support from Ministry of Culture, First Channel and foreign partners we managed to tell about wonderful writers who had to leave our Motherland and who later came back here after their death and became loved by millions of our citizens.”

Over 500 viewers were enjoying the film. When it was over they thanked the film’s creators with applause. 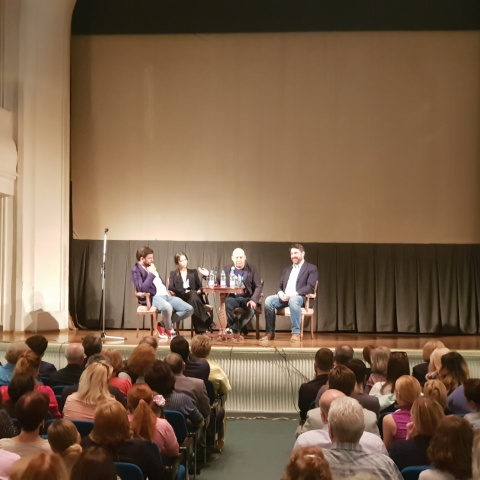